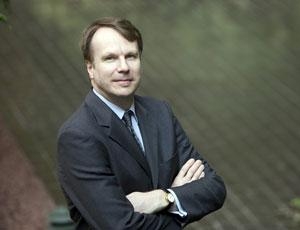 Michael (Mike) Edwards is an independent writer and activist based in upstate New York and the editor of Transformation at Open Democracy.

From 1999 to 2008 he was the Director of the Ford Foundation’s Governance and Civil Society Program in New York, having previously worked for the World Bank, Oxfam-GB, Save the Children-UK and other NGOs in Washington DC, London, Colombia, Zambia, Malawi, and India. Mike’s writings have helped to shape a more critical appreciation of the global role of civil society, philanthropy and foreign aid; explore the integration of personal with social change; and break down barriers between researchers and activists across the world. In 2011 he received the Gandhi, King, Ikeda Award from Morehouse College for his efforts to unite spiritual practice with work for social justice.

Mike was educated in England at the universities of Oxford and London, and now lives with his wife Cora in the farmhouse they rebuilt together in the foothills of the Catskill Mountains. In 2017 Cora was elected to a four year term as the Commissioner for the Democratic Party at the Board of Elections for Sullivan County.

In 2013 Mike launched a new web-magazine called Transformation (“where love meets social justice”), which tells the stories of those who are pursuing radical change in their societies by combining  the “personal and the political.” Mike is the author or editor of 17 books including Civil Society, the Oxford Handbook of Civil Society, and Small Change: Why Business Won’t Save the World.